It's a classic indie comedy double feature that's actually funny. If you haven't discovered these flicks before, you're in for a treat. 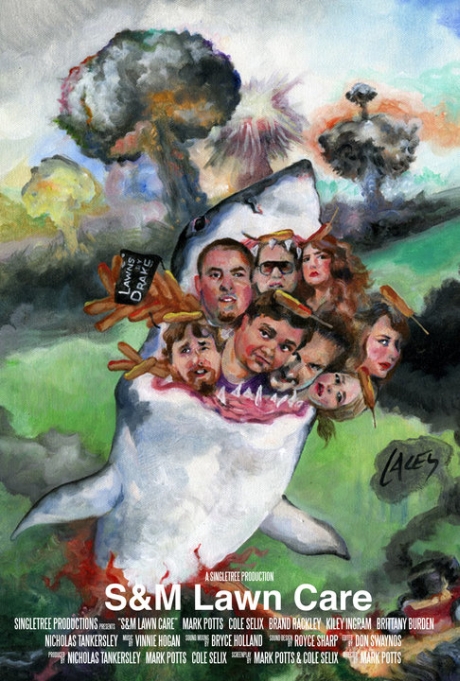 S&M Lawn Care has a ridiculous yet effective premise: two local lawnmowers have their neighborhood business displaced by a chiseled-jaw competitor and his band of hot lawn-mowing babes.

It won the Special Jury Prize in 2010 at the legendary Friar's Club in New York. On the heels of success, director Mark Potts immediately went into production on his next film...

Cinema Six is a rare film that foreshadowed many career explosions since its 2011 opening: It's a Disaster producer-actor Kevin Brennan, former SNL and Trainwreck star Bill Hader, multi-Sundance selected character actors John Merriman and Chris Doubek, and many more behind the camera.

Not on LBRY yet? Get an invite here. Do you make great movies? Email [email protected] for some red carpet treatment, LBRY style.