LBRY Gets Content Creators Out of Precarious Position - Daily Decrypt's Amanda B. Johnson

This is a guest post from Amanda B. Johnson of The Daily Decrypt.

I am the host of The Daily Decrypt, a newscast about cryptocurrency and P2P tech. We publish our videos on YouTube, and our podcasts go on SoundCloud. These platforms allow us to potentially reach millions of people, which is great, but they also come with one glaring risk that hardly anyone talks about:

Our content could be taken down at any time.

This has happened to others before. YouTube celebrities like Nicole Arbour have posted videos expressing unpopular opinions, and not only have their videos been deleted by YouTube, but their entire channels have been suspended. Other content creators like Heather Feather, whose channels are comprised solely of original footage, have had trolls file false "copyright" pings on their channels to disable the monetization of their videos.

Nicole Arbour and Heather Feather make their livings from their YouTube videos. When all it takes is a single act of censorship to shut down a business in part (or wholly), content creators are at risk.

This risk has a simple name: single point of failure. The more single points of failure an operation has, the more likely the operation is to experience failure at some point. And censorship isn't even the only risk!

For example, what if YouTube were DDoS'd for a week straight? Or what if SoundCloud went out of business? What if an Indian ISP started blocking SoundCloud and some of my listeners could no longer access my content? Hell, what if an executive at YouTube decides that my haircut is stupid and that I should be banned from having a channel? (This is an extreme example, but it is perfectly possible.)

These risks are what attracts The Daily Decrypt team to LBRY. The LBRY protocol incorporates the benefit of BitTorrent – that is, multiple users sharing content to avoid single points of failure – and cryptocurrency run on a blockchain, which ensures that monetary incentives are correctly directed at content providers, hosts, and network miners.

This is what censorship-resistance looks like. As information itself becomes more integral – not only to our livelihoods but our lives – the most censorship-resistant tools will emerge as the preferable choice. The Daily Decrypt hopes to be among the first to host our content using such a tool. 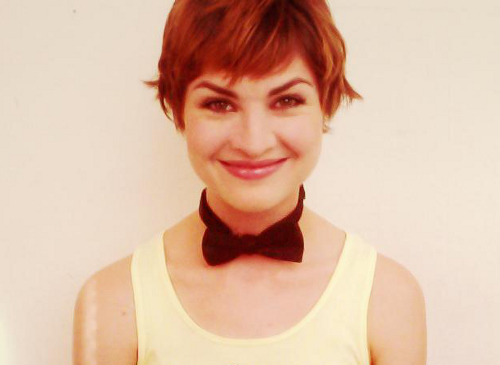 Amanda B. Johnson is the host of The Daily Decrypt. She has written on cryptocurrencies for Bitcoin Magazine, CoinTelegraph, Bitcoin.com, and Liberty.me.

Are you a content creator who is tired of intermediaries standing between you and your audience? Sign up to be reminded when LBRY launches and we'll see you there!